It is our pleasure to invite you to take part in the 2nd Training School “Cold plasmas to fight microorganisms, viruses & toxins for medical and agricultural applications”, jointly organized by PlasTHER CA20114 and PlAGri CA19110 COST Actions. for more go to the workshops and trainings events page.

Main aim and objective of the Action

Is to investigate the potential of non-thermal/cold plasmas as a green alternative to conventional fertilizers in agriculture and reduce the need for pesticides.

Improving the sustainability of agriculture and, at the same time, reducing the adverse effects of agriculture on the environment requires efficient technologies that enhance productivity while maintaining food quality and safety.

What is a gaseous plasma?

In summary, plasma is a state of gas in which a significant portion of molecules are dissociated and ionized, containing electrons, atoms, and molecules.

What is a gaseous plasma?

We are accustomed to classifying matter on Earth into three states of matter: solid, liquid, and gaseous. Differences between aggregate states are reflected through the strength of the bonds that bind the building blocks of matter together. These bonds are strongest between atoms or molecules in a solid. These bonds are much weaker in a liquid state, and in the gaseous state, they are almost non-existent. The exact ratio between the thermal energy of atoms or molecules and the binding energy determines the state of matter. Roughly speaking, the physical state of matter depends on its temperature. Take, for example, (solid) ice. If the ice is heated to the melting point, it begins to melt, and we get water in a liquid state (liquid). Such a phase transition takes place at a constant temperature if the pressure is also constant. If the liquid is heated again, its temperature rises to the boiling point when the water evaporates; we got steam. This, too, is a phase transition that takes place at a constant temperature. However, as the gas composed of neutral atoms or molecules heats, the proportion of ionized atoms or molecules increases gradually, and plasma can be formed. Here the phase transition does not take place at a constant temperature, but the gas’s temperature increases all the time during heating. In nature, plasma is found in forms such as, e.g., flame or lightning during storms, where enough energy is released to ionize the surrounding air. Plasma predominates in the upper atmosphere and the universe in stars, such as the solar wind, solar corona, sunspots, and comet tails are also in the plasma state. It is also found in interplanetary and interstellar space. Therefore, in space, most matter is in a state of plasma, while on Earth, it must be artificially created.

One way to generate plasma is to heat the gas to a temperature where atoms or molecules’ ionization reaches a sufficient level. Such a plasma is called thermal equilibrium plasma because the gas is in thermodynamic equilibrium (concentrations of electrons, ions, and neutral atoms and molecules are uniformly dependent on temperature, and the kinetic energy of particles’ thermal motion is uniformly dependent on temperature). We need a temperature higher than 104 K to generate such plasma, where a significant degree of ionization is achieved. Thus, thermal equilibrium plasma is not suitable for use in laboratories. Hence, we use various other ionization forms, which allow significantly higher ion density at much lower temperatures. More important ways to ionize atoms or molecules are photoionization, multiphoton excitation, and gas discharge.

Plasma can be generated by different types of discharges (smoldering, direct current with a hot cathode, high frequency – radio frequency (RF), and microwave (MV) or combined). When we apply a discharge by a strong external electric field in gas, we cause an accelerated movement of free electrons, which are in any case present in the gas at low densities, to energy suitable for the ionization of atoms or molecules. The external electric field can be direct or alternating. It is only essential that the electrons are accelerated to sufficiently high energy to allow ionization. The energy transfer of a high-frequency electric field is much more efficient for light electrons than for heavy ions. In plasmas generated by high-frequency discharge, the electron temperature (thermal energy of electrons) is much higher than that of ions. However, when the plasma source (electric field) is switched off, the plasma disappears quickly (within a few milliseconds) due to the recombination of charged particles into neutral gas molecules.

What can plasma do for agriculture?

The Action aims to investigate the potential of non-thermal plasmas as a green alternative to traditional materials and technologies used in agriculture.

What can plasma do for agriculture?

The continuous increase in demand for food caused by population growth represents a serious challenge for humankind. The United Nations Food and Agriculture Organization (FAO) estimates that around 11% of the world population is suffering from chronic undernourishment and that this percentage is rising. At the same time, climate change is having a significant impact on agricultural production, and farmers are forced to adapt or change existing practices due to the change in weather patterns, pest appearance, water availability, etc. Changes in resource availability and their prices will inevitably lead to a disbalance in global food production. Even in regions where food is plentiful, the safety of the food cycle is increasingly important.

Improving the sustainability of agriculture and, at the same time, reducing adverse effects of agriculture on the environment requires efficient technologies that enhance productivity while maintaining food quality and safety. The idea for the COST Action “Plasma applications for smart and sustainable agriculture (PlAgri)” stemmed from the need to address some of these challenges and help to achieve the SDGs 2030 through scientific research of multidisciplinary teams and creation of new and innovative technological solutions with the strategies for their broad implementation.

Obtaining high yields in agricultural production starts with planting seeds that rapidly germinate in high percentages after a minimal delay while producing robust plants. Therefore chemical treatment of seeds is widely used to protect seeds against pathogens and pests and for stimulation of germination and fertilization. This COST Action aims to investigate the potential of non-thermal plasmas as a green alternative to conventional fertilizers in agriculture to improve yields, increase the size and robustness of plants, and reduce (or eliminate) the need for pesticides. The Action will also address the use of plasmas for treatments of final products – treatments of food and its packaging.

In the last several years, researchers have investigated the use of LTPs to treat seeds to improve germination uniformity, yield, and rate and reduce contamination by fungi and bacteria. The results are extremely promising, clearly showing the potential of the method and that LTPs can be a very efficient tool in the processing of seeds. However, the investigations were conducted on very different systems, under a wide range of conditions and using quite different protocols, making comparisons and consequently systematic progress in the field difficult. These isolated but successful experiments have framed important and fundamental questions that must be addressed to make progress in the field:

Therefore, the scientific field of plasma agriculture would greatly benefit from leveraging the insights and abilities of researchers addressing the fundamental issues of the cross-section of two fields: physical plasmas and biological systems. As one of its goals, the COST Action (PlAgri) will have to address these fundamental issues, both scientifically and in the form of producing new technological solutions and protocols.

The inclusion of further partners from currently participating COST Countries, or other countries within or outside the COST Network, is welcome and strongly encouraged during the entire duration of the Action.

Stay up to date about the latest events and insights about Cost Action 19110. 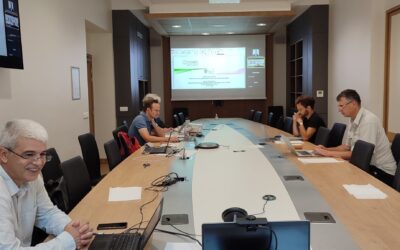 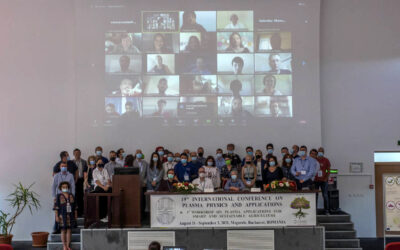 1st Workshop on Plasma Applications for Smart and Sustainable Agriculture

Stay up to date about the next events.

Past and Future Events

It is our pleasure to invite you to take part in the 2nd Training School “Cold plasmas to fight microorganisms, viruses & toxins for medical and agricultural applications”, jointly organized

It is our pleasure to invite you to take part in the 2nd Training School “Cold plasmas to fight microorganisms, viruses & toxins for medical and agricultural applications”, jointly organized by PlasTHER CA20114 and PlAgri CA19110 COST Actions.

The focus of the training school is to present both basic level and state-of-the-art in cold atmospheric pressure plasmas and plasma-treated liquids to fight against microorganisms, viruses and toxic substances in the fields of medicine, agriculture and food processing.

The PlAgri COST action has allocated certain funds for the reimbursement of trainees that will attend the TS2 in person. More information about the TS2 and application for reimbursements can be found here.